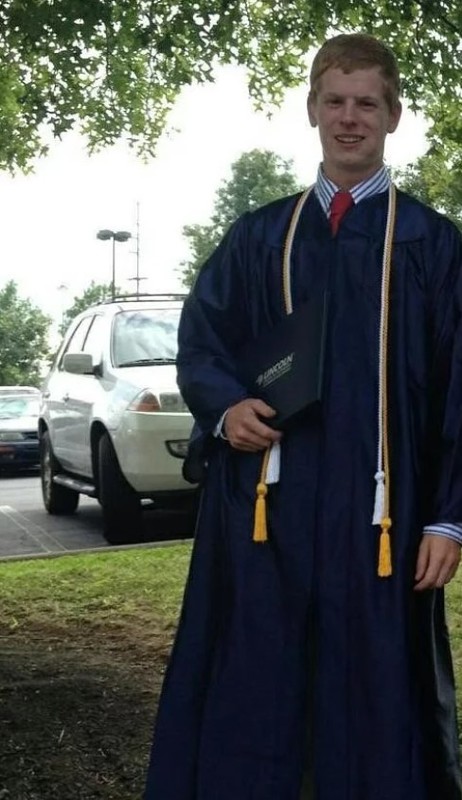 A 2013 RCS graduate, McFarland went on to study at Nashville Auto Diesel College (NADC) in Tennessee. He started classes there in July after finishing RCS in May.

He received a degree in Heavy Equipment Maintenance. It was a13 month program, running straight through the year, with no summer break. NADC had 400 students that graduated in August, including the 170 students in his program. “I finished my degree in the top five of my class with perfect attendance and as an honor student,” said McFarland.

While in his junior year of high school, McFarland started taking welding classes at Piedmont Community College (PCC) for his electives. “I realized that sitting behind a desk and pushing papers was not former and that I needed to find a career that would allow me to work with my hands,” he said. “I completed my welding certification with 17 semester hours with PCC prior to graduating from RCS.”

McFarland researched different mechanical schools and decided that diesel mechanics was what he had a passion for.

NADC was established in 1919 and is the oldest diesel college in the United States. It was designated as a 2012-2013 Accrediting Commission of Career Schools and Colleges' School of Excellence.

“One of my favorite parts of NADC was our graduation,” said McFarland. “Tennessee Congresswoman Marsha Blackburn was scheduled to be our speaker but the night before had to back out. She called one of her friends and asked if he would come speak to our class. [Former NASCAR driver] Darrell Waltrip gave a great speech; he was a lot more interesting to listen to than a politician,” McFarland quipped.

“Two of the most important things I learned while at NADC were attendance is very important and money management is an important part of life. You can't learn if you are not in class. I finished with perfect attendance and am proud of that. My gasoline, fuels and emissions instructor felt it was important to teach his students about financial responsibility. While that was not part of our class syllabus, it is information that I plan to use as I move into the workforce and earn money,” said McFarland.

He said moving to Nashville with a population of 1.5 million people was a big change compared to the small town life of Roxboro.

“I had to learn to drive in a big city, how to do my own grocery shopping, cook my meals, wash dishes, wash clothes and clean up. All of this on top of doing homework and getting myself up in time to leave my apartment and be on campus at 6 a.m.,” McFarland explained.

On Sept. 1, McFarland will begin work at Gregory Poole. He was recruited by multiple companies, but Gregory Poole was the “fastest on the draw,” he stated. The company interviewed him three times and flew him in for the weekend for his final interview when they made him a job offer.

“I am very excited to have been recruited and hired by Gregory Poole, and my goal while in school was to get a job with CAT,” said McFarland.