Between the planning, preparation, inaccessibility. So, I went in and rebuilt the stairwell so they would be able to use the basement,” Adams said. care of and was very unsafe. The members of the church wanted nothing to do with the basement because of the “Before I constructed the stairwell, the basement was only accessible from the outside. The stairwell was not taken the troop is located in. Adams decided to reconstruct an old stairwell for Cavel United Methodist Church.

In order to receive an Eagle award, a community service project must be completed that benefits the community that made me work for my Eagle award,” he said. Adams has been a member of Scout Troop 295 for eight years. “Being a part of this particular troop has definitely Boy Scouts. Roxboro Community School 2013-2014 Alumni Aaron Adams recently earned his Eagle award, the highest ranking an actual community service project. He completed his project on May process, Adams contributed approximately 300 hours to the 15, 2014 and received his Eagle award on May 24.

“I was so proud of myself. I helped people that were in need of something and I was rewarded with a sense of accomplishment at the scale of the project. I couldn’t have done it without my troop members, friends, and family. I’ve wanted to achieve something like this since I started scouts. My best friend, Samuel Day, received his Eagle a year before me, and really inspired me to do the project that I did,” said Adams.

Adams is currently enrolled at Piedmont Community College in the Electrical Power Production Technology program. He is in the midst of applying for an internship through Progress Energy. He plans on transferring to North Carolina State University for a masters in electrical engineering and then continuing his education at Durham Tech for a bachelor’s degree in Emergency Management which would include Paramedics and Fire Fighting. 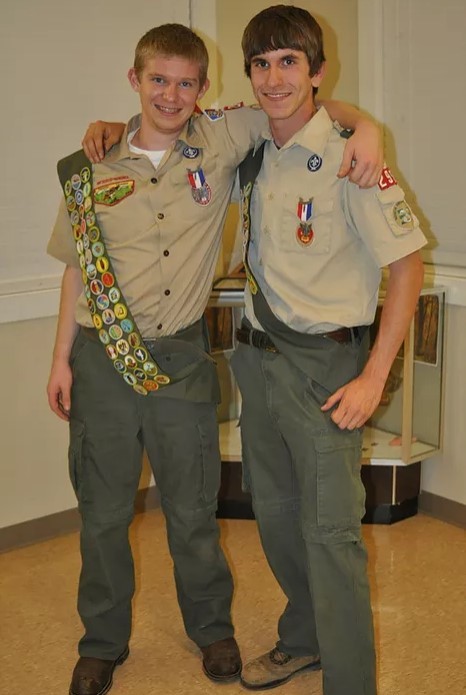