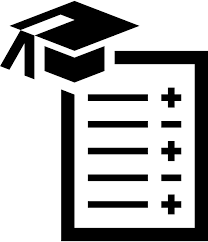 The State Board of Education released School Report Card scores for North Carolina public schools yesterday, and Roxboro Community School (RCS) once again scored well above average, receiving an overall grade of B.

The scores are based on student performance on end-of-grade (EOG) and end-of-course (EOC) tests administered statewide. The overall achievement score for RCS students was 85.8, or A.  The performance score was 83, or B. Statewide, 37.3 percent of schools earned a grade of A or B.

High school Principal Darkarai Bryant commended the hard work of RCS students and staff, saying he was pleased with the A proficiency grade in a year in which the math EOCs were renormed.

“It is difficult to project performance in a renorming year,” said Bryant, “but I am proud of the efforts of our students and staff.” Bryant added that the high school is, as always, “focused on continued improvement.”

Donna Ingram, RCS middle school principal, said she was proud of her staff and students as well, and congratulated them on their proficiency grade of 88.1 in math. Ingram echoed Bryant’s commitment to continued improvement.

RCS Managing Executive Director Dave Ebert said he was proud of the efforts of Roxboro Community School staff and students and looks forward to continued success.